📝 Currently, we are working in a paper where most of these concepts are explained in a more cohesive, well-structured manner, together with how vantage6 works. As soon as it is ready, we will post it in our website.

Collaboration through federated learning requires an infrastructure. The open source solution vantage6 provides this infrastructure. Conceptually, it consists of the following parts:

The central server coordinates communication between users and nodes. It does this by exposing a RESTful API that allows users to create tasks (essentially these tasks are computation requests). These tasks are executed by nodes and the results are posted back to the server.

A single server can support multiple organizations, collaborations and users.

Nodes perform the heavy lifting in the vantage6 federated infrastructure. They have access to a site's data store (e.g. database or CSV file), receive tasks from the server and execute these. These tasks consist of (parts of) an algorithm to run, together with input parameters.

For maximum flexibility, the algorithms are encapsulated in Docker images. A Docker image can be considered a snapshot of a virtual machine. These images can be run in containers (image instances) with their own networking and storage stacks. When run, they use a predefined starting point, for example a script that executes an algorithm. As such, these images can be applied to the local data.

Simplified, when a node receives a task, it:

Under the hood, the node performs a few additional checks. For example, it makes sure that a specific image is allowed (by the collaboration) and handles decryption/encryption of the input. 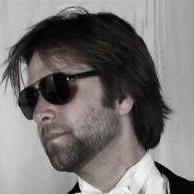